Guided Meditation video & Workbook included. Learn how to immediately and positively move forward in your life from now. This is the first step in my private coaching process and now it’s yours – for FREE!

Why I Chose to Leave the Entertainment Industry

I was 22 years old, just a year after I graduated business school, nearly a year after September 11th, and I remember just feeling so grateful (borderline lucky) to have landed a job when most companies were firing or at a hiring freeze.

I was one out of 25 chosen among a candidate pool of 2,500 to work for the biggest entertainment studio in the world. I felt like I finally arrived and checked a few major boxes off my to-do list. My parents were proud, I was proud and on top of that I was working up close and personal on major films. I admit it had a slight sense of sexy, glamour feel to it, but being a Los Angeles native I wasn’t too fazed.

But at the end of the day it was work, and boy did I work. I worked 60-hour weeks; not including the weekends I came in, and usually ate lunch at my desk. Working hard, burning the midnight oil and sacrificing self-care appeared to be the company culture. It was everywhere and left a huge impression that it was the norm and that’s what you do to be successful and happy in this industry.

I questioned, “Is this really the way to work, to live and be in this world?”

What I realised is that it might work for some time but it’ll eventually catch up to us, because such a lifestyle is not sustainable.

Our health will deteriorate, we’ll get symptoms and then we’ll try to mend it with “a magic pill or potion”, never really healing and getting to the root of the problem – the mind, body, and spirit connection.

So when did I know I wanted to leave?

There were a few instances that did it for me. But I remember one in particular and from that moment I knew in my heart I was meant for something different. What that was I didn’t know, but I knew I wanted out.

It was the upcoming release of a big film and I remember everyone working so very hard. There were only a select few that worked directly with the filmmakers (including Harvey Weinstein), as they were all to be handled with “kid gloves”. It was a major franchise that made major money for the studio and everyone was on his or her best behaviour no matter what.

I was sitting in on a meeting with all the top studio executives including Weinstein and I must say I wasn’t impressed. I had heard how he was rude and arrogant, amongst other things and stories. But everyone just kept going about their business because I guess that’s all it was – business.

I remember my 22-year old self thinking,

Why is he the way he is?

Why do people put up with that knowing that it doesn’t feel right?

Does it make it right just because it makes a lot of money?

And I knew, I just knew “this” didn’t resonate with me at all.

I wasn’t willing to bear my soul for the bottom line.

I’d watch people not take holidays for years and then praised because their lack of balanced life enabled them to climb the corporate ladder. Or I’d hear mothers frustrated with not seeing enough their children and how they eventually left the industry as well.

I’m not one to “bite the hand that feeds me” and I do say sincerely that I’m grateful for my experience in the entertainment industry. Not everyone is like Weinstein but it is a “special” industry built around smoke and mirrors.

By no means do I discount or discredit the work, the love and commitment that happens in getting a film out into the world – everything from idea to script to production to post-production to promotion and finally in a theatre (aka “cinema in Europe) near you. It’s a lot of work and truly is a labour of love and creativity.

Don’t get me wrong, I love movies.  That’s why I got in the business to begin with. I still believe they can inspire, uplift, educate, emote and change our world.

But what I don’t believe in is the harming or harassment of any other being in this world – in any industry or any form.

I do believe we can work together in unity towards a common goal with the ability to agree/disagree without the sacrifice of self-care and de-humanization of others.

My heart goes out to the women who are coming forward and speaking out with immense courage.

May they be the voice and inspiration for other individuals who want to, who need to, be seen and heard.

Back then I was young and impressionable (not yet a practicing yogi). But I still had my values, my intuition and my vision for what I wanted to cultivate and create in my life.

True I didn’t know exactly how my life would pan out when I left the industry over a decade ago to pursue an entrepreneurial career in real estate, then move abroad to Europe, get married, become a young mother and now a wellness advocate.

But I made a decision – just one- that would ultimately propel me forward in alignment with the life I wanted.

And now I’m living the life of my dreams!

I say this not to brag but to share this story in hopes that you too will be inspired to make a change in your life now and not wait for another day to pass.

Because the truth is, that day may never come. And it just might be too late.

We can’t get back time, but we can always recover and figure things out.

Don’t live a life of regrets.

It’s never too late to change your life.

How will you ever know if you don’t make that first step?

Do you feel like your soul is yearning for something more but you just don’t know what that is or what your next steps would be to get you there?

If you’ve said “Yes” then I invite you to get “CLARITY NOW” with me, the first step in my private coaching practice – yours for FREE!

I didn’t have these tools when I was my younger self but I do now and as a coach I’m dedicated in raise consciousness and make this world a better place.

If you’re ready to stop hustling and start aligning with your soul then go here to receive this very special gift – from my soul to yours.

Much love and many blessings, 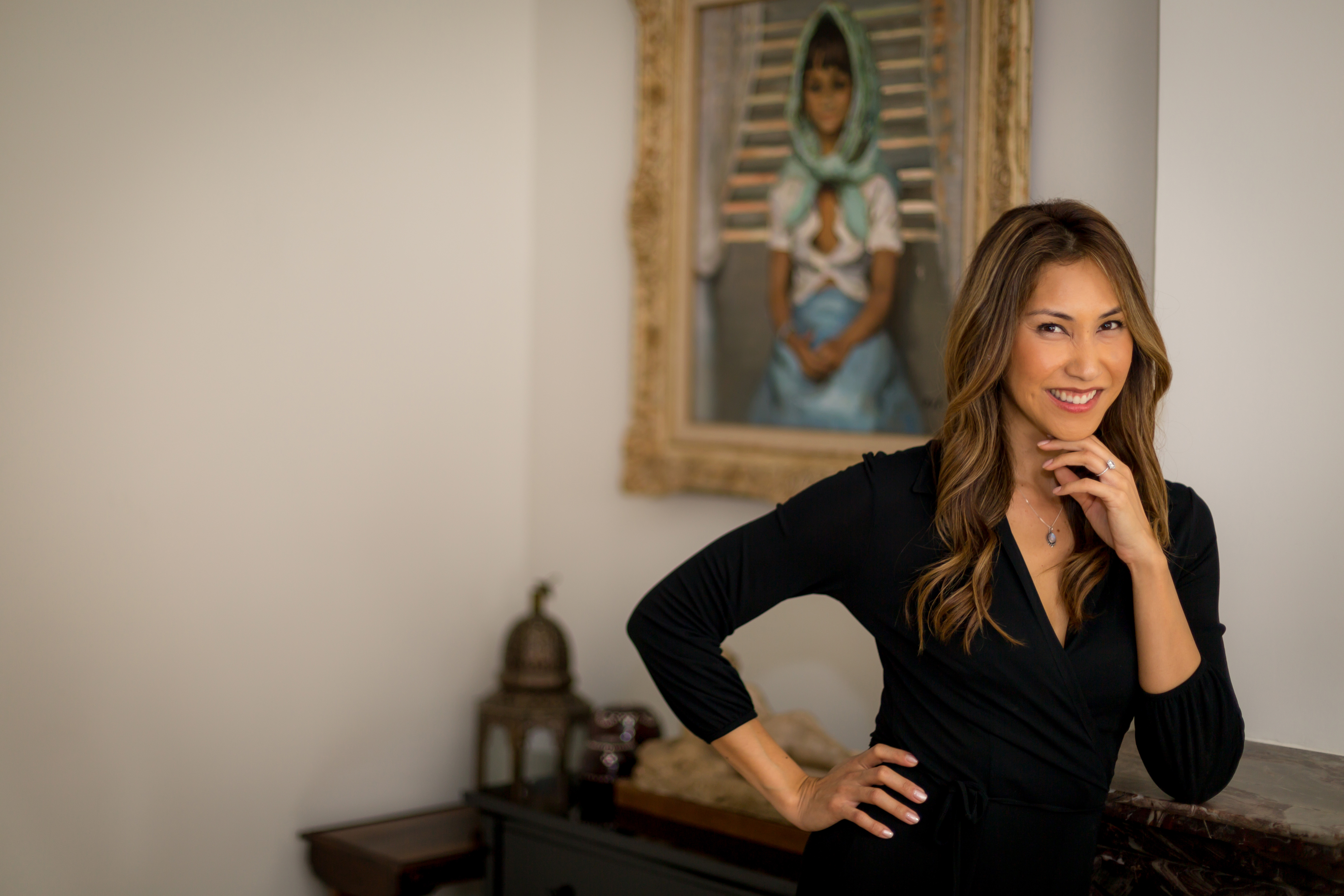 A Los Angeles native, decade-long London expat, wife and mom of two, Leslie understands well what it takes to thrive in a stressful and demanding global environment.